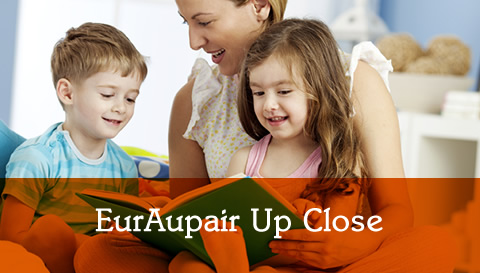 Former Au Pairs... Where Are They Now?!

It’s been almost 8 years since I and four other girls spent a year in California as au pairs. Now that we are adults, I wanted to see how they are doing. Specifically, I wanted to know how the au pair year has affected their lives ever since.

For all the girls, except Alice, this was the first time they lived abroad for a longer period of time, away from their parents and everything familiar.

I had just turned 23 years old when I started my year as an Au Pair. My host family consisted of a mom, dad, and three children aged 6, 9, and 11. The year gave me so much and I ended up extending with another year in the same family. I studied English at a local community college for the two years as part of the educational requirement. When my second year was coming to an end, I decided to apply to the same community college and pursue the Associates of Arts degree for Transfer. After that, I went back to Finland for a year to work and spend time with my family, but I knew I wanted to finish my college education in the States. So I came back to pursue a Bachelor’s Degree in Psychology. I will be graduating in May and currently I am doing an internship at EurAupair in Laguna Beach. I feel like this has come full circle and I am now being able to give back to the amazing organization that truly has changed so many people’s lives.

Jana, back then a 20-year-old girl from Germany, had a host family with three kids, an 8-year-old girl and baby twin girls. She says: “Being an Au pair was never my job nor my profession. It was my way of life in this year. Where my host family went, I went, when they were happy, I was happy. I had the opportunity to become part of their family and they filled a place in my heart I didn’t know existed.” She truly believes that choosing to become an au pair was the best decision of her life. She has carried a saying “Be the change you want to see in the world” with her that she was given by her host mom and she lives by that quote. After returning to Germany, she went back to school and recently gained her master’s degree in communication management and is currently a part of a two-year trainee program in corporate communications and government relations at BASF in Germany. She gives a lot of credit to the year as an au pair for who she is now and is grateful for all the amazing memories, friendships and a place she can call home.

Dani arrived to Newport Beach, CA, from Chihuahua, Mexico, in 2009 when she was only 19 years old. Her host family consisted of a mom, a dad and three children aged 4, 6, and 7. The family was very active, playing sports, doing yoga in the morning, and the children took cultural classes like Greek and Spanish. With a busy schedule like this and the challenges and responsibilities it brought, Dani gained in maturity and tools to overcome any problems. She mentions: “You are more aware and conscious of everything that surrounds you and happens.” During the year, she became fluent in English. Today she is working for a famous company in Mexico that sells car parts. She is a Technical Analyst (TA) which is part of an IT team that gives support to the stores. The locations of the stores include United States, Puerto Rico, and Brazil and she is using mostly English.

Tiffany is from France. She was 20 years old when she met her host family of six: mom, dad, and 9-year-old twin girls, and 6 and 3 year old boys. They became her second family and she is currently visiting them here in the US. She mentioned that they just celebrated the youngest boy’s 10th birthday. Not only did she gain a second family, but she also said she gained 10 years of maturity. She explains: “You learn a lot about yourself. You are trusted with the well-being of kids, which is the most important trust a parent can give you. I learned that every day is not easy but that friends and family can support you through it. I learned not to give up when sometimes I was very homesick. I learned that if you give it a chance, then you can really spend the most amazing year of your life.” She believes that the year completely shaped her life. When she went back to France, she utilized her fluency in the English language and finished her Bachelor’s Degree in English and gained a second degree in tourism and hospitality. The travel bug she got from the Au Pair year led her first to Australia where she worked and traveled, and then to Brazil for 6 months. Now she works in France in a bookstore that is specialized in traveling. She says that the au pair experience was the most amazing experience of her life and to the girls who are considering becoming an au pair she says: “Go, go, go!! Go have the best year of your life!”

Alice is also from France and she was 22 years old when she was an au pair. Her host family had three children, but she mainly took care of the 3-year-old twins. Just like Tiffany, Alice too thinks she gained 10 years of maturity in one year. She discovered who she really was, which was sometimes quite different from the expectations of the people back home. It opened her mind, she became more tolerant and independent, and she gained self-confidence. Back home, she got a job as an event communicator in the cinema field, which she did for a while. However, this was not something she wanted and off she went to travel first in Australia and then in South East Asia for a total of year and a half. The year as an au pair had left a mark in her in terms of child care and she realized how passionate she was about early childhood education, psychology, and pedagogy. After all, the year of working with small children taught her patience, creativity, and responsibility. She says: “I think that my au pair experience opened my mind to different ways to raise and educate children. The American education was so different from what I knew from France . I think it is the reason why today I am studying the alternative pedagogies.” Today, she is studying to get specialized in the Montessori methods adapted for babies. She mentions how the year changed her life and adds: “Even though it was not always easy… If you give it all, it will give you so much in return!”

If this makes you want to become an Au Pair in America and live a unique experience that will change your life, please contact EurAupair today!